"I do not want my house to be walled in on all sides and my windows to be stifled. I want all the cultures of all lands to be blown about my house as freely as possible."
~ Mohandas K. Gandhi

This award seeks to recognize those faculty, staff, and students who make valuable contributions to our campus community in a way that supports and fosters a respectful and inclusive multicultural environment. Learn more about the Diversity Achievement Award.

In this video, COCC factulty and staff announce the 2020 student recipients of the Karen Roth Diversity Achievement Award: 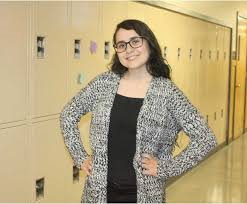 Maria Mejia Botero is undeniably committed to making COCC a more respectful and understanding environment. In December 2018, she started the Dreamers’ Club, a club for students affected by or interested in immigration policy. Since then, she has demonstrated extraordinary leadership. Maria is dual enrolled at COCC, so she is technically still in high school. Her willingness to work for what she believes in, her diligence in building community among underrepresented students, and her tenacity make her a strong candidate for this award.

In just four months, Maria has recruited over a dozen students to join the Dreamers’ Club, and she spearheads all their events and efforts. Maria has planned and orchestrated group educational movie nights, advocacy days, and even a club trip to Salem to speak to state lawmakers on a recent bill. She is the driving force behind the club, sparking energy that has motivated the group to be very active. During club meetings, she always has new ideas on ways to engage the campus.

For students affected by immigration policy, this club has provided an essential space to support one another and share resources. Because these students can often feel alone and discriminated against, having this space at COCC has made them feel more included in the campus. The activism and community involvement that Maria has initiated has helped combat this sense of hopeless for many students by fostering community.

Maria leads by example and inspires other students because she is not afraid to speak out and stand up for what she believes in. Whether she is respectfully urging COCC departments to remove barriers for undocumented students or engaging in state and local politics, Maria hold leaders accountable on issues of diversity and inclusion. By creating a supportive and inclusive space for those affected by immigration policy, Maria has helped shape COCC. 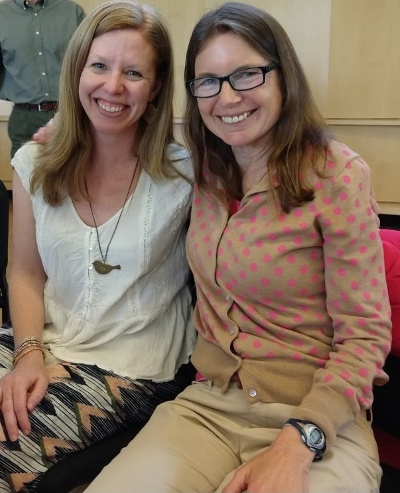 One of the focal points of this nomination is Cat’s and Amy’s accomplishment in visioning Barber Library’s Children’s Literature and Equity Center (CLERC).

The role of children’s literature during formative years affects a child’s self-esteem, world view, and place in society. Literature that reflects the diversity of backgrounds, race, culture, economic status, and mental and physical abilities of all members of society helps children develop an inclusive view of the world and their place in it, as well as an understanding that despite differences all humans share similar needs to be recognized and appreciated.

In Fall 2017, the Early Childhood Education program and COCC’s Office of Diversity and Inclusion partnered with COCC’s Barber Library & Learning Commons to develop the Children's Equity and Resource Center (CLERC). The inception of CLERC is attributed to Amy Howell as the originator of the idea and Cat Finney who championed the idea by bringing it to the Library. The two of them worked together to advocate for this project and the creation of CLERC with the following mission:
COCC Barber Library’s Children’s Equity and Resource Center (CLERC) is a dynamic collection of equity focused and culturally responsive children’s literature reflecting the rich diversity of world experiences and cultures. The CLERC collection and reading room support Early Childhood Education (ECE) and Education students and courses and provides resources to educators throughout the Central Oregon region.

Since 2017, CLERC has been an amazing project and source of inspiration and involvement by our faculty, students, staff, and equally important, the broader community. Amy’s contagious enthusiasm for this project and Cat’s hard work and dedication to expand and enrich this collection have been instrumental to CLERC’s success. Within this past year and with the help of a state grant (LSTA grant) the Library received, Cat has managed to carefully and thoughtfully select close to 1,000 new books to double the size of this unique collection, a rich resource for our community’s diversity efforts. Amy, at the same time, has been an endless source of energy leading the organization of new CLERC programs, such as author readings, and promoting CLERC among outside educational organizations increasing its impact within our region.

Today, both the collection and space are getting high use by COCC classes as well as other educational organizations that wish to promote diversity issues. COCC’s ECE and Education students use this collection regularly to reflect on the diversity of all human experience as portrayed in children’s books which they themselves may use as professional educators. In the years to come, it is expected that CLERC will have an even broader impact as it expands its reach to educators and early learning advocates throughout our region via our continuous programming under Amy’s and Cat’s leadership. 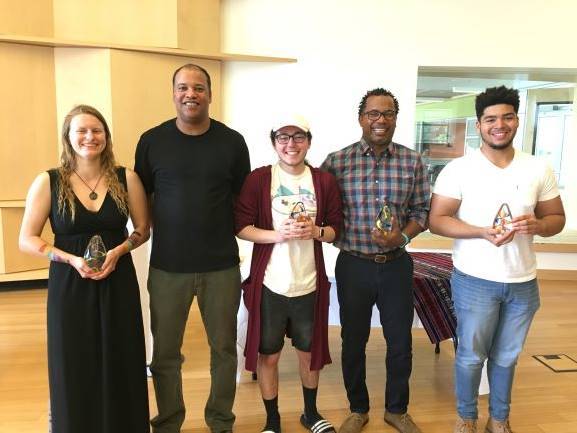 The Meeting, Written in 1987, by Jeff Stetson, portrays an imaginary meeting between Dr. Martin Luther King Jr and Malcolm X, in a Harlem hotel room in 1965 during the height of the Civil Rights Movement. The play was directed and performed by the advisor and student members of the COCC Afrocentric Studies Club on March 1st and 2nd 2018 in Hitchcock Auditorium, COCC Bend Campus. The club also delivered showcase performances at Bend High school and Redmond High school.

As members of the Afrocentric Studies club discussed projects and ideas for celebrating Black History Month, we discovered that many of our students were not really aware of the significance of these two men and their difference and similarities in their approach to civil rights. We also discovered that not a lot about Black history, in general, is being taught in our local schools. This production was suggested as a means to spread awareness. Gordon Prica and Jason Graham (Mosely Watta) performed the play several years ago at COCC.  It was thought to be a good time to bring it back.

If and what it led to: Hopefully spread awareness and an opportunity to learn more about these two great, often misunderstood men, sharing insight into their lives and their perspectives on race and civil rights in the US. 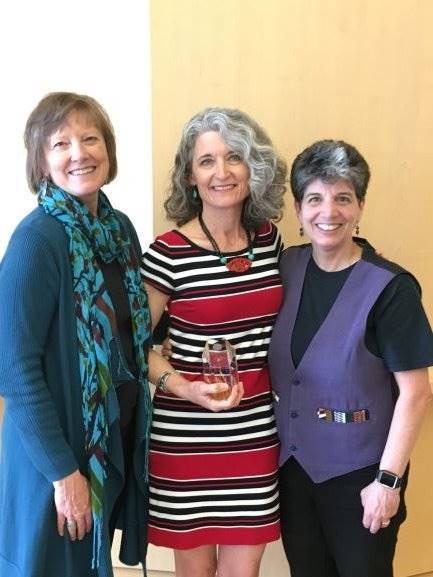 Not only is Annemarie a facilitator of COCC’s Safe Zone workshops (and has been for several years), as the Humanities department chair, she stated in her very first department meeting that it is a priority of her tenure as chair to have as many faculty in the department complete the Safe Zone training. Currently, eight Humanities faculty members have completed the training, and three of us are also Safe Zone facilitators. As the chairperson for Chairmoot, she has also encouraged department chairs across campus to consider encouraging their faculty to sign up for Safe Zone training. When the announcement comes out about a new Safe Zone training upcoming, she forwards that announcement immediately and encourages folks to attend. She also recently worked with three other Safe Zone facilitators on revising the Safe Zone manual, and among her tasks was reformatting the entire manual.

A few terms ago and at the request of one of her students, Annemarie agreed to become the advisor for the African Heritage Club (now the Afrocentric Studies Club), a club that had been dormant for several terms. As the club advisor, she worked with students to schedule events including a poetry slam. Though Gordon Price has taken over as the advisor of the club, Annemarie remains an active part of the club.

In all of Annemarie’s courses, she teaches works of writers of color as well as LGBTQ writers. In fact, she is the primary teacher of the African American literature course. In addition, though, as a teacher of early and late American literature survey courses, she devotes significant time to slave narratives and Native American oral traditions, just to name a few, while also including the literature of other writers of color. She is a go-to person for many faculty in the department who are interested in increasing the diversity of writers they teach.

Because of her interest and knowledge in multicultural literature, Annemarie has been a frequent contributor to the Deschutes Public Library lecture series. In April of 2017, she facilitated a discussion on “Tracing the History of African American Literature” as part of the greater series on Yaa Gyasi’s Homegoing. In 2016, she co-facilitated a workshop on the poetry of Amy Lowell as mentioned in Lily King’s novel, Euphoria. In 2011, she facilitated a series over five weeks (and five meetings) of conversations about the American Civil War. And in 2010, she presented a talk on racism in America as portrayed in works from Uncle Tom’s Cabin to To Kill a Mockingbird.