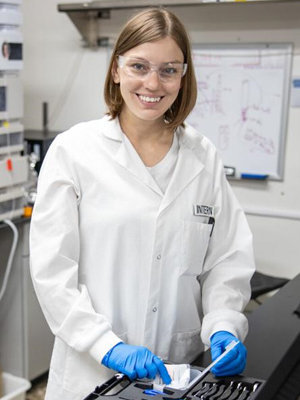 Science and literature have been guiding forces in Brittnye Freeberg's college education. Determined to learn more about a health condition she was living with and to understand how to be her own best advocate — and to help others — Freeberg began taking biology classes at COCC. At the same time, she took an inspiring Autobiography class, one that motivated her to create a blog which she was pleased to see reached people all over the world.

"The open and accepting environment at COCC is something I cherish and has helped me achieve the short-term goals necessary to reach my ultimate goal."

"Because of her uplifting academic encouragement, I elected (English) professor Stacey Donohue as my advisor after that term, and she was a highly valuable mentor throughout my college experience," says Freeberg. "Another class I truly enjoyed was Cultural Diversity in Contemporary American Literature, with professor Chris Rubio. The fresh perspectives of authors from various cultures imbued me with a sense of global community and a deeper compassion for the experiences of different people." The literature helped open new understandings and nurture new sensibilities.

Now working at a global biotech firm, where she's involved in a host of drug development projects, Freeberg appreciates how her dual academic focuses at COCC combined to excite her about her education and how Humanities — its topics and its instructors — became a significant part of her path. "The open and accepting environment at COCC is something I cherish and has helped me achieve the short-term goals necessary to reach my ultimate goal," she says. "I am so very grateful." 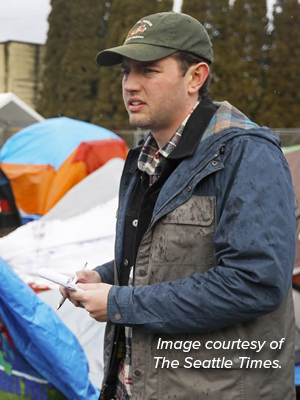 Scott Greenstone's path to a career in journalism began when a COCC English professor noticed a gifted voice in one of his early essays. She encouraged him to consider working at The Broadside, the COCC student paper. Greenstone soon cut his teeth as a campus reporter, then worked his way up to editor. One of the stories he wrote involved interviewing a fellow student who lived in a tent, an experience that ended up being more impactful than he realized at the time: Greenstone covered homeless issues for The Seattle Times for more than five years.

"I was at COCC to figure out what I wanted to do with my passion for writing."

After COCC, Greenstone went on to the University of Oregon, where he edited the student-run Daily Emerald, later interned at Oregon Public Broadcasting and National Public Radio, then worked for The Seattle Times.

His work there was about more than illuminating homeless issues — it was about making sure humanity wasn't lost in the process. Greenstone saw his role as somewhat of a translator, spelling out the differences between basic shelters and enhanced shelters, articulating the gulf between chronic homelessness and newly homeless. "I've talked to a lot of people who are experts on homelessness, and they don't understand what the public doesn't understand," he says. "I can act as a go-between." He's now a reporter with KNKX public radio in the Seattle-Tacoma area.

Greenstone appreciates how COCC helped him sight his way. "If Annemarie Hamlin hadn't written 'You should write for the student newspaper!' on my first essay, I don't know if I would be where I am now. I was at COCC to figure out what I wanted to do with my passion for writing." 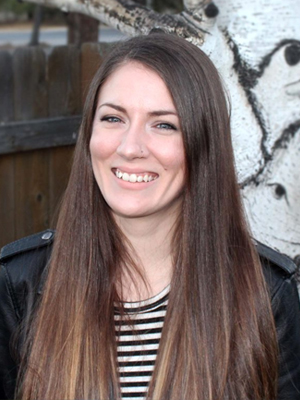 A talent for cake designing originally brought Chyna Kennedy to COCC, where she thought her career would take the path of a trained pastry chef. But her creative focus — and her professional aspirations — began to nudge her in a different direction. Writing, rather than frosting, started to become her chosen medium for expression.

"I wanted to write and give a voice to those who don't have one."

"I changed paths and decided I wanted to be a journalist," she says. "I wanted to write and give a voice to those who don't have one."

In addition to cultivating her writing skills, Kennedy has discovered an interest in marketing, encouraged by a job where she handled social media platforms and other marketing focuses. She added a minor in marketing to her Associate of Arts Oregon Transfer degree and plans to further her studies through Oregon State University's E-campus. Along the way, her new passions have translated into classroom success: Kennedy made the dean's list and earned a place on the All-Oregon Academic Team.

"When I started my first term at COCC, I was nervous and afraid that I had committed myself to a task that I was doomed to fail," she adds. "Since that first term, I believe I have grown more as a person than I ever would have imagined. Once I've completed my program, I want to start freelance writing as well, focusing on issues involving human rights and the justice system."