See the GIS Department Directory for a full listing of staff and faculty. 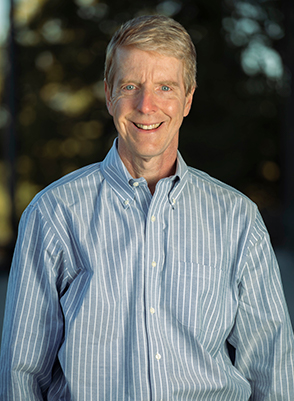 For more than three decades, Pat has worked with geographic information systems (GIS) to make maps for the natural resource industry, state government, environmental consulting, and higher education. Specializing in cartography, his maps, apps, and data visualizations have been featured on the BBC and at three exhibition venues: the Harvard Graduate School of Design, the Los Angeles Center for Land Use Interpretation, and the Academy of Architecture of Mendrisio, Switzerland. His maps are also featured in nine books on topics that include landscape ecology, geology, cartography, and GIS, and have also graced the covers of seven international scientific journals and two books on cartography.

Pat has discussed his map-making techniques with audiences in Italy, France, Germany, Portugal, Croatia, Romania, Australia, China, Japan, Hong Kong, Brazil, Chile, Canada, and across the United States. Pat loves working with COCC students in his courses to introduce them to the wonders of mapping with GIS.