As a geospatial technologist for a 3D data-gathering firm, Heather Sauerland spends her days working with reality capture technologies, using drones, laser scanners, and 360-degree aerial photography to collect and present information for a diverse client list. It might be a vineyard-mapping project one week, then a 3D scan of a complex staircase the next, and then a plant-regrowth monitoring project in a wildfire zone. It's a far cry from her former career in the food and beverage industry — but a great choice for this science-minded, outdoorsy person who's something of a map fanatic.

"I came to understand that a map can be even more than displaying locations. With layered data, we can attempt to understand things like how humans behave, where government assistance is most needed, and where natural disasters might hit the hardest."

"I've always been drawn to maps," says Sauerland. "In fact, for many years my wall artwork was maps — until I needed to grab a particular map for a hike."

With her GIS studies, Sauerland began to view maps — and their impact — in a whole new light. "I came to understand that a map can be even more than displaying locations. With layered data, we can attempt to understand things like how humans behave, where government assistance is most needed, and where natural disasters might hit the hardest."

At COCC, regular class visits from working GIS professionals helped make an impact. Hearing from people like government workers and Red Cross personnel demonstrated to Sauerland that her new academic interest could lead to a meaningful new career, not just a job. "It helped me see how GIS can, and does, have a real effect in the world," she adds. That maps can be difference-makers. "A truly compelling map is one that not only draws the eye, but provokes thought and potentially sparks change." 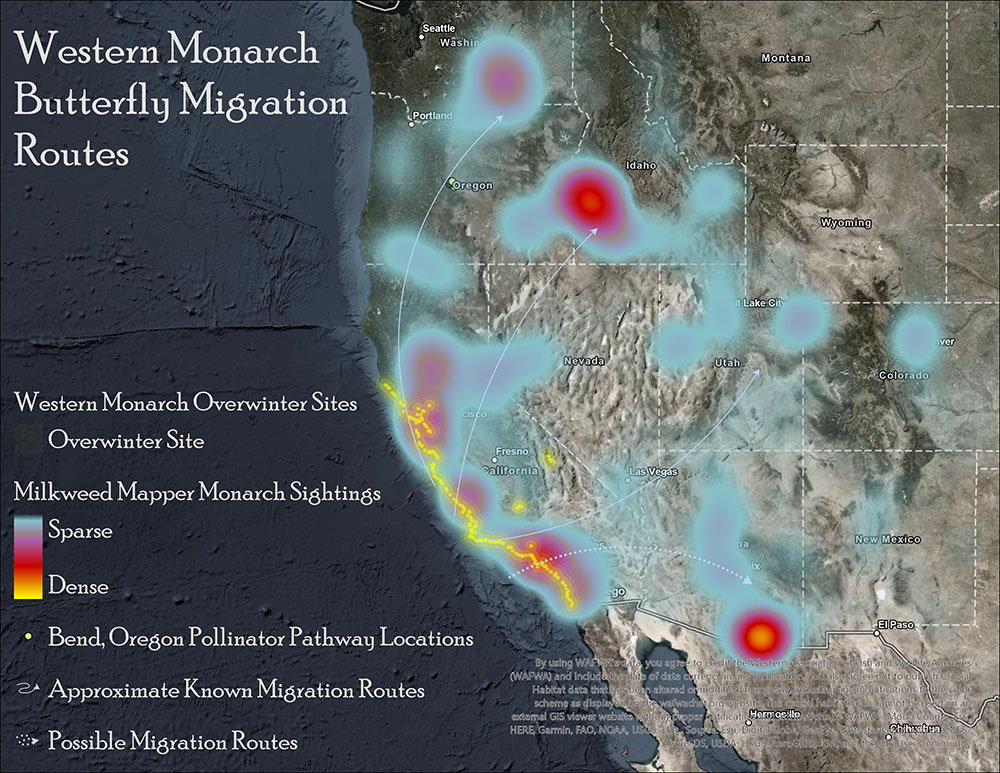 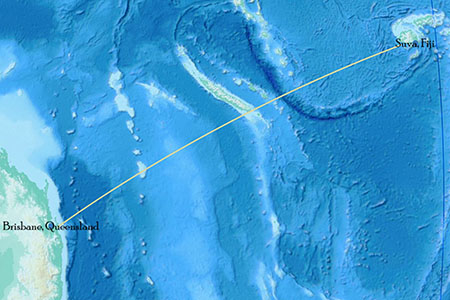 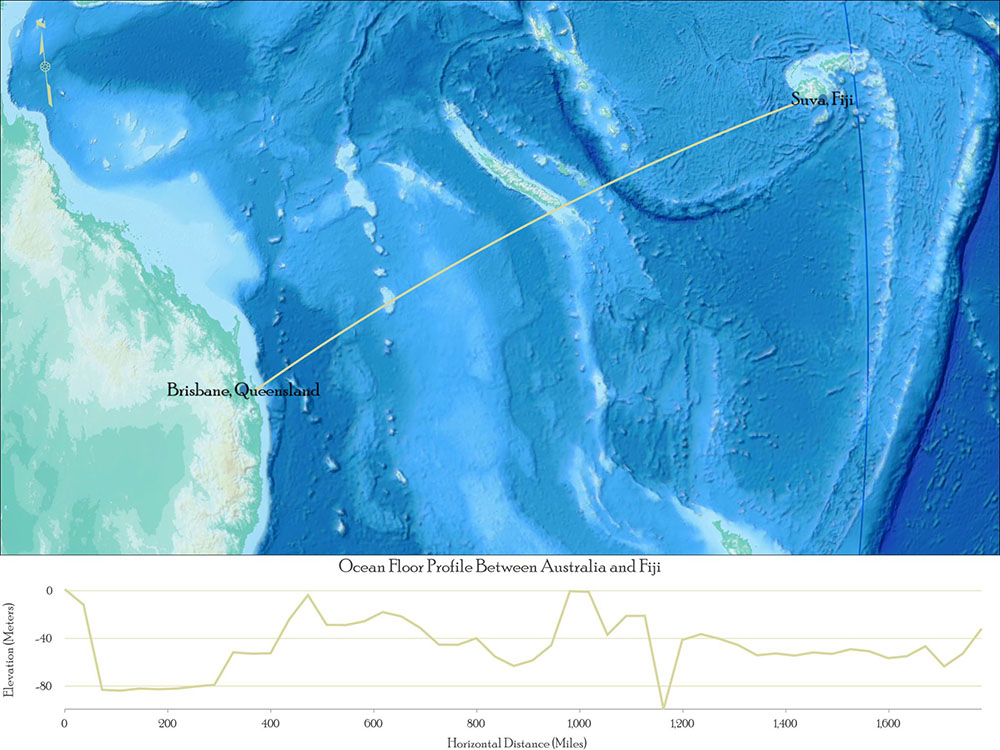 Map of Ocean Floor between Australia and Fiji 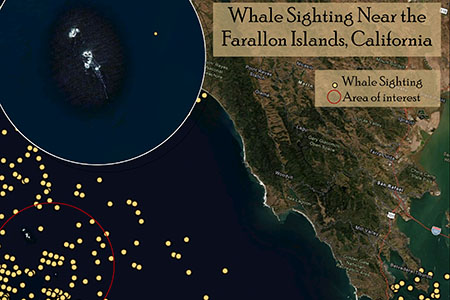 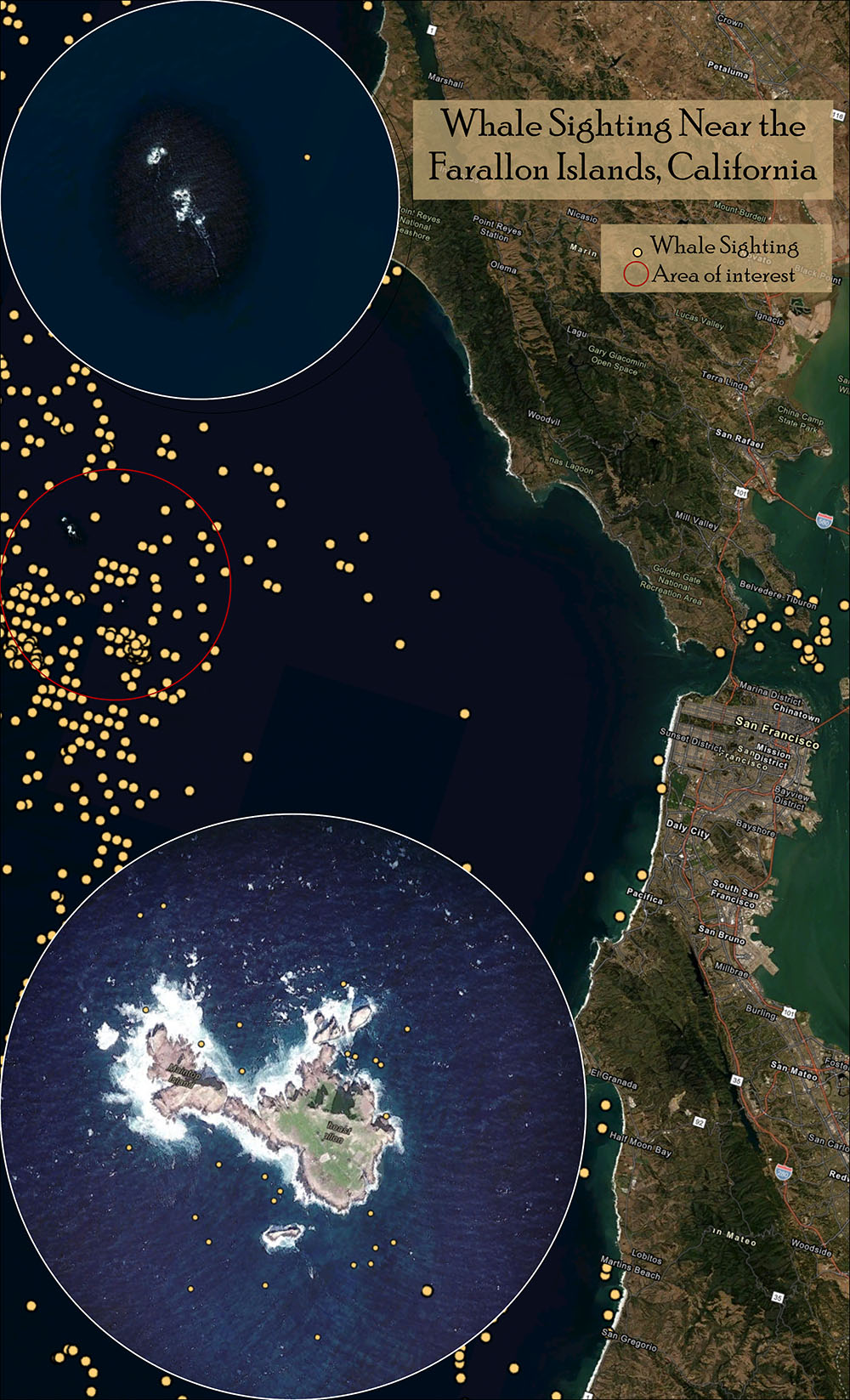 Trisha Johnson traces her career back to an experience she had with pictographs and petroglyphs. As an intern with the Museum at Warm Springs, she helped record Native American rock art using mapping technology, a fascinating project that led her to COCC and ultimately into her profession. Of course, having a mother who worked as a GIS analyst made an early impression, too.

"With real-life learning experiences, they made it fun but also true to real-world situations." 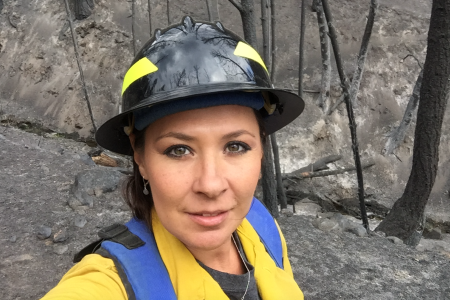 "She would have us digitize book pages or pictures on the large-format digitizing board and plot them on the pin plotter before we could color them," Johnson recalls of those childhood moments, when coloring time often came with a techy approach.

At COCC, she appreciated how instructors presented information in an applicable way. "With real-life learning experiences, they made it fun but also true to real-world situations," she says.

Having worked as a GIS analyst and data collection specialist for both the Confederated Tribes of Warm Springs and the Confederated Tribes of the Colville Reservation, Johnson is deeply involved in the national Burned Area Emergency Response program, which prescribes and implements post-wildfire treatments, such as replanting. "It helps minimize threats to life or property and to stabilize and prevent further damage to natural and cultural resources," she says. "It's about protecting lives, infrastructure, and critical cultural and natural resources." And it's where GIS and stewardship go hand in hand.

Johnson received both the Associate of Applied Science degree and Certificate in Geographic Information Systems.

"I actually didn't know a lot about GIS before I enrolled at COCC. I grew up always doing art and music and so my family assumed I'd end up doing something creative or art related. But I've found that even though GIS is rooted in science, it leaves room for me to express that creative side. I usually just say I 'make maps on the computer,' but GIS involves a lot more than making maps. It has a lot to do with problem-solving, using maps and spatial analysis to solve real-world problems. I think what impressed me about the program was how thorough the classes were. I felt like I learned a lot in a short amount of time without feeling overwhelmed." 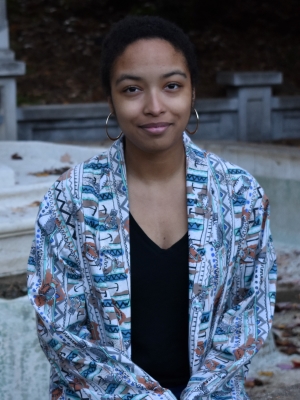