In 2017 Central Oregon Community College (COCC) hosted the first Central Oregon Summer Spanish Immersion (COSSI) program. The vision of COSSI is to provide an immersion experience in beautiful Central Oregon for those who want to improve their Spanish without traveling abroad.

Through the combination of intensive Spanish instruction, conversation groups, and cultural breakout sessions known as “Electivos”, COSSI has immerged as the most dynamic and practical way to propel Spanish acquisition and development without leaving the country.

The COSSI Program Team works tirelessly each year to recruit outstanding Spanish instructors and put together a comprehensive week of language input and participation to facilitate the maximum amount of learning and improvement for those involved.

COSSI participants will complete their immersion experience with greater confidence, skills, and enthusiasm to excel in their use of the Spanish. All the while they will be enriched by cultural knowledge and motivated by interactions with other language learners as they advance in their perfection of using this beautiful language spoken by nearly 600 million people globally. 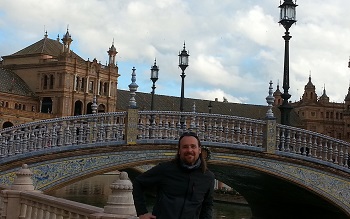 David serves on the Higher Education Committee for the American Association of Teachers of Spanish and Portuguese, for whom he has presented at national and international conferences. David and his wife lead customized immersion travel programs to Spain each year where he enjoys sharing his passion for this vibrant culture. He has been instrumental in the creation of COSSI and is responsible for recruiting instructors and contributing to programming and curriculum development. 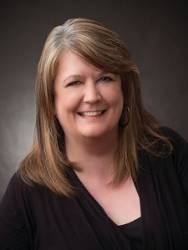 Stephanie has worked for COCC since 2005. She has been in her current role as a Program Manager in the Continuing Education Department since 2015. She earned her Bachelor of Science at University of Oregon and her Masters degree in Adult Education at Oregon State University. She manages and programs a wide array of non-credit adult learning programs and has attended Lake Tahoe's summer ISSI program to prepare for her role in planning the Central Oregon Summer Spanish Immersion. 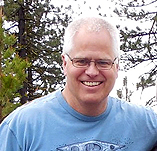 Chuck (Carlos) has been teaching Spanish at COCC since 1992. Prior to that, he lived in Spain for two years before receiving a Masters Degree in Spanish from California State University, Fresno. During most of his time at COCC, he has chaired or co-chaired the Foreign Language Faculty and has organized and led multiple group visits to Spain and Mexico. COSSI is a natural extension of everything he has tried to do to help students improve their proficiency in the language and increase their love of the cultures that give it life.