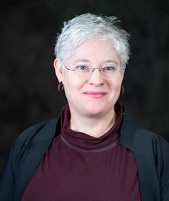 Elicia Cárdenas is a Spanish teacher with extensive experience teaching a variety of levels, ages, and subjects.  She currently teaches as an adjunct faculty member for Westminster College, working with pre-service world language teachers and serves as a teaching assistant for MITx's Learning Labs, in addition to serving as the Director of Training for The Comprehensible Classroom. Although she was trained as an elementary teacher, she shifted her focus to understanding second language acquisition and its application to classroom instruction in a world language classroom.  She presentsregularly at national, regional, and state conferences and is proud to be a member of the NTPRS coaching staff.  Her particular areas of interest include assessment with an equity lens and working to make sure all students are successful at acquiring another language. She is known for her dynamic and energetic approach to teaching and workshop facilitation. Elicia received a Master's in Teaching from Lewis & Clark College and a Bachelor of Fine Arts degree from Boston University. She is an accredited cycling and ski instructor as well as the founder of the blog Deskless Classroom.  Elicia lives in Salt Lake City, Utah with her two cats, dog, and husband. 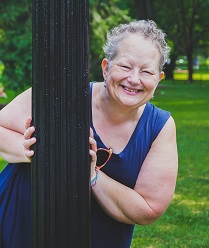 Laurie Clarcq
Laurie Clarcq is originally from Rochester, N.Y. and has traveled the globe as a teacher and a learner.  Her classrooms have always reflected her love for language, learning and laughter.  The students are, by far, her favorite part of teaching, but she has a special passion for exploring ways to connect students with the curriculum, and teachers with their students.

Laurie is a graduate of the State University of New York at Cortland, and holds a Bachelor of Arts in both Spanish and Early Childhood/ Elementary Education, and a Master of Science in Education with a concentration in Reading and Curriculum Development. She has over 36 years of teaching experience in Spanish and English as a Second Language and has enjoyed working with students at many levels from preschool through university, adult education and professional development. She has twice received the President's Award by the New York State Foreign Language Teachers' Association for her contributions to the profession.'

Laurie has been a presenter, consultant and trainer on a local, state, national and international level. Her recent work in Australia, France and Canada has successfully  introduced the skills of Comprehensible Input-based teaching to teachers in other areas of the world.   In 2008, She and Michele Whaley of Anchorage, Alaska began to implement an approach to reading that they titled​ ​Embedded Reading​.  It has been successfully and joyfully shared with and utilized by teachers internationally.   A long-time blogger and contributor to written publications on and off-line, her work can be found on her two websites (www.heartsforteaching.com and www.embeddedreading.com​).

Most important to Laurie is the message that we are human beings teaching other human beings.   It is the heart, imagination and spirit that we honor in the classroom, and in life.  It is our ability to develop confidence, curiosity and insight in our students that will change the world.  It is our ability to appreciate what we each offer our students and each other that will strengthen and honor the profession. Whatever the topic, Laurie loves having the chance to interact with other teachers and connect with other kindred spirits!! 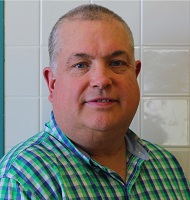 Skip Crosby, MS, BSED, BS
Skip Crosby has been teaching Spanish in Maine public high schools for 28.5 years. Skip gained proficiency in the Spanish language during a two-year stay in Colombia after college. While in Columbia, he earned a Diploma de Español como Lengua Extranjera from the Javeriana University in Bogotá, Colombia in 1989. In 1998, he earned a Masters Degree in Spanish from Middlebury College in Vermont. He has taught as an adjunct at the college level for a total of nine years. He also teaches high school Spanish online.

In 2014, Skip was named Maine Foreign Language Teacher of the year, Northeast Conference on the teaching of Foreign Language Teacher of the Year Finalist, Androscoggin County Teacher of the year and the 2015 was the Maine Teacher of the Year, Finalist. Skip earned National Board Certification (NBCT) in 2018. For the past six years, Skip has taken groups of students to Guatemala City to work with Safe Passage, an organization dedicated to helping the families working in the Guatemala City dump with education, food and medical care. Skip lives in Poland, Maine with Beth, his wife of 27 years, his 18-year old son, Gabe, and Lexi, the 9.25 pound Mini Dachshund. 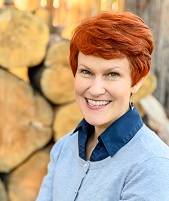 Janet Gesme is a musician, translator, teacher, wife and mother of two. She earned her Bachelors in Viola Performance from the University of Missouri in 1995 and a Masters in German from Portland State University in 2013. She has played in orchestras across the United States and now makes her home in Bend, Oregon. German, Russian, Spanish, French, Hungarian and Korean are among the languages that she enjoys speaking, reading and translating. She feels blessed to have had the opportunity to translate Christopher Schacht's "Around the World on 50 Bucks" and Martin Schleske's "The Sound of Life's Unspeakable Beauty."

While enrolled at SFSU, Mr. Gorman spent a year in Spain studying Spanish history, art and language at the University of Complutense, Madrid.  He also spent several years in Switzerland studying French at the University of Lausanne.  He has traveled widely through Europe and Latin America.

John has worked as a bilingual educator for 27 years in California and Oregon.  Throughout his career, he has contributed in the planning and implementation of federal bilingual grants and bilingual program development as bilingual program coordinator. His work as a language development specialist spans public K-12 schools as well as the college level.

Andrea Hopkins
Andrea Hopkins, a Southern Californian native, has taught for 30 years in a variety of locations in Oregon. Her roots have been a strong influence in her career as an instructor in language and culture. During college and as a teacher, she has had many opportunities to travel and further her expertise in education.

First, she focused her studies on Spanish and English for Language Learners (ELL). Her first teaching positions were at Western Oregon State and Oregon State University. However, in 1989 she became a Spanish teacher for the Corvallis School District and taught middle and high school. In addition, Andrea has taught in the Immersion Program at Linfield College and at INTO-OSU, the English Language Center on the Corvallis campus.

Finally, her professional development has focused on language and culture by studying and traveling. Her travels include: California, New Mexico, Arizona, Mexico, Peru, Venezuela, Colombia, Costa Rica, Spain, and Cuba. 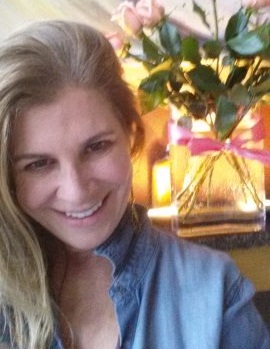 Eileen Poxon
Eileen Poxon graduated from the University of California, Los Angeles with a degree in Spanish.  She then promptly moved to Spain for 5 years and continued her education at Mangold Language school and New York University, Madrid.  She later became a high school Spanish teacher in California where she taught years one through four, honors and AP.  To further enhance her language instruction, she attended the Stanford University California Language Project and the University of Salamanca, Spain.

Since moving to Bend, Oregon Eileen has taught Spanish for Central Oregon Community College, Continuing Education and tutors adults one on one in the language.

Eileen prioritizes her family, friends and beloved students. She loves to travel, especially to Spanish speaking countries, and has a passion for the beautiful state of Oregon. 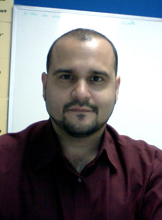 Marcos Rivera was born in San Juan, Puerto Rico. Since childhood he has always had an interest in humanities, especially the areas of art and music.

Marcos has a BA in Humanities from the University of Puerto Rico, Río Piedras. He also completed studies in Spanish, English and Italian and music at the University Interamericana of Puerto Rico. His postgraduate studies have concentrated on Curriculum Design in the Teaching of Spanish as a Foreign Language.

For the past 14 years, Marcos has dedicated his professional life to teaching Spanish as a second language to students from a diverse background of ages, cultures and countries. 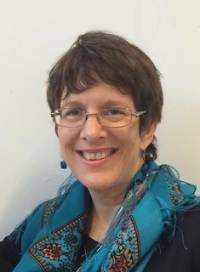 Michele Whaley has taught languages in Alaska for more than thirty years. She has mentored teachers for the last fifteen, sharing methodology techniques locally, nationally and internationally at language conferences and workshops. A recent focus is on preserving indigenous languages. Michele believes that languages open our eyes to new ways of thinking and communicating, and she works to find and share the most effective techniques for language acquisition. Michele was the 2016 Pacific Northwest Language teacher of the year and she was a national finalist in 2017. She teaches Russian at the University of Alaska and kindergarten through fifth-grade Spanish at Pacific Northern Academy in Anchorage. She has been part of COSSI since its inception.