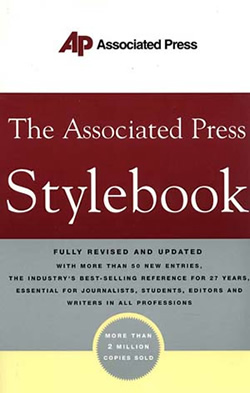 For writing style, Marketing and Public Relations follows the Associated Press Stylebook guidelines. In addition, the College has established its own standards. AP style is a very comprehensive list of writing rules and can be tricky at times. Below we have compiled a list of some common AP style rules that may be helpful when preparing written communication for COCC.

Detailed rules and information can be found on the AP Style website: apstylebook.com.