Spotlight on our Alumni Speakers

What are our past speakers doing now?

We thought you may be interested in learning about some our past CLS speakers and let you know what they are doing now. Hope you enjoy! 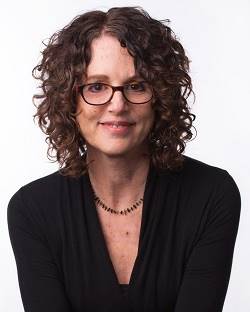 In January 2019, The Chandler Lecture Series hosted Author and Critical Racial & Social Justice Educator, Robin DiAngelo for "Seeing the Racial Water" to a sold out audience at Unitarian Universalist Fellowship in Bend.

Robin DiAngelo has recently added a reading guide for the book on her web site. Download the free reading guide to White Fragility here. 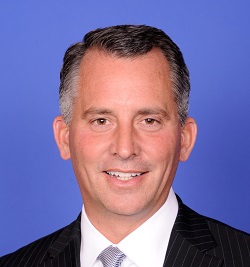 In May 2018, we hosted former Congressman David Jolly (R-FL) for "Healing the Partisan Divide." The same year, he left the Republican Party to become an independent. He works as a political contributor for NBC News and MSNBC and refers to himself as a Bull Mooser. (This is in reference to a 3rd political party, The Progressive Party, formed by former President Theodore Roosevelt after he lost the Republican nomination in 1912). Jolly is currently authoring his first book.

This summer, Jolly was named executive chairman of the Serve America Movement (SAM). SAM is a new national political party committed to transparency, accountability, fundamental electoral process reform and problem solving with the stated goals of advancing greater competition and accountability in state and national politics, and to build cross-partisan consensus around issues. SAM members share a set of universal principles and one ultimate goal: to fix a system that they believe has been corrupted by the mainstream parties and the people who prop them up. 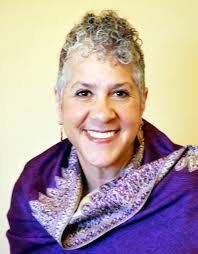 In January 2017, we hosted President and Founder of World Trust, filmmaker, and transformative learning educator, Dr. Shakti Butler for "Irresistible Justice: Cultivating Joy as a Pathway to Equity." 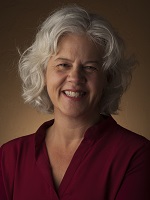 In October 2017, we hosted Author & Journalist Beth Macy for "Reporting from the Margins" at the Tower Theatre. During her presentation that evening, she mentioned that her next book was going to take a deep look at the national opioid crisis.

The book, "Dopesick: Dealers, Doctors and the Drug Companies that Addicted America"  was published in 2018 and the paperback version was released in 2019. It was an instant bestseller, garnering positive reviews, lots of radio and TV coverage — including an interview on Fresh Air  — and a television series option with Fox 21 Studios and Warren Littlefield. It also won the L.A. Times Book Prize award for science and technology, and was short-listed for The Kirkus Prize and the Andrew Carnegie Medal.

Tom Hanks called the book "another deep -- and deeply needed -- look into the troubled soul of America."

Beth is still writing about this issue -- she recently released an audio documentary for Audible Original called "Finding Tess: A Mother's Search for Answers in a Dopesick America" about how systems abandon those with substance use disorder. 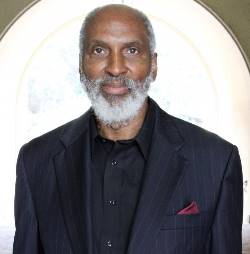 In January 2016, we hosted Director of the Othering and Belonging Institute (formerly Hass Institute for a Fair and Inclusive Society) at UC Berkeley john a. powell for "Opening the Question of Race to the Question of Belonging."

In Fall 2018, the Othering & Belonging Institute launched the Who Belongs? podcast demonstrating their commitment to public dialogue.

Since his presentation at COCC, Professor powell has been developing the concept of "targeted universalism."  In May 2019, the Institute released its first primer on its framework. Targeted universalism is an approach that supports the needs of the particular while reminding us that we are all part of the same social fabric. It provides a roadmap to design policy that can serve groups otherwise excluded, while also promising to improve outcomes for people situated in relatively privileged positions. Read more here. 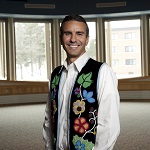 In November 2016, Professor and Author Dr. Anton Treuer presented "Everything You Wanted to Know about Indians but Were Afraid to Ask" on the Bend Campus. The next day he did a faculty training at the Redmond campus and a language workshop at the Madras Campus.

His equity, education, and cultural work continues to put him on a path of service around the nation and the world. Dr. Treuer released a new book this year, "The Language Warrior's Manifesto: How to Keep Our Languages Alive No Matter the Odds."  Anton Treuer has been at the forefront of the battle to revitalize the Ojibwe language for many years. In his new book, he discusses the interrelationship between language and culture, the problems of language loss, strategies and tactics for resisting, and the inspiring stories of successful language warriors.

Watch Anton Treuer's Tedx Talk: Thriving in Indian Country: What’s In the Way and How Do We Overcome. 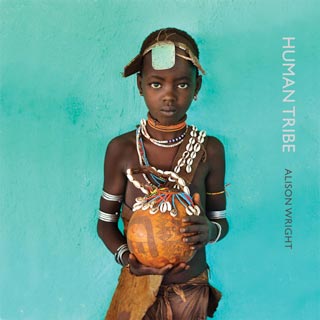 In October 2015, we hosted photojournalist and National Geographic Traveler of the Year, Alison Wright, for "Women Swimming Upstream: The Global Power of Women at Work in the Developing World" to a sold out audience at the Tower Theatre.

Wright has continued to globally document endangered cultures and issues concerning the human condition and published a new book, "The Human Tribe," in 2017.

Lately, we have enjoyed following her on Instagram where she has been beautifully documenting life in New York City during the pandemic. See Wright's latest photos and follow Alison Wright Photo on Instagram here.