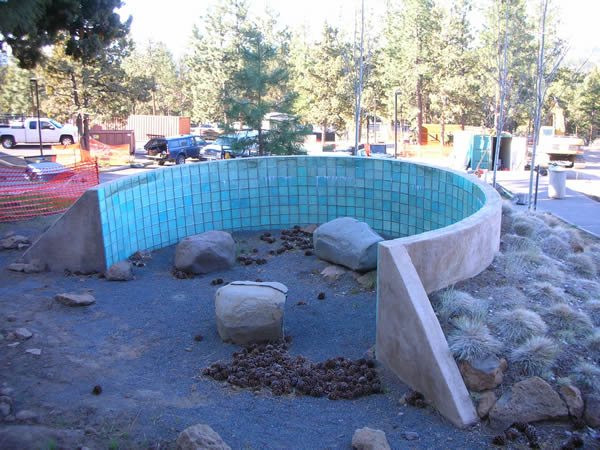 22. "Alcove" by Michael Boonstra - Located on the west side of Pinckney, this installation is based on the Greek concept of agora, a place to gather and think. Alcove was constructed in 2005 and is composed of a tiled concrete semi circle containing three rock benches.

Back to Campus Art Intro and Map