Lights, camera…music! For Central Oregon Community College music instructor Christopher Thomas, musical score is the steady heartbeat of movies. And his recent win of Outstanding Score for a Short Film Live Action at the 2020 Hollywood Music in Media Awards demonstrates his talent and passion for creating that crucial pulse.

“I suppose shock and confusion were my default reactions — then joy,” said the composer of his response upon hearing his name read during the live award announcement. “I never expected to win.” His award was among fine company that night: Fellow winners included luminaries like John Legend and Hans Zimmer.

The film, “Imagine Symphony Live,” which was largely shot in Central Oregon, features COCC’s Central Oregon Symphony and was directed by a graduate of the college.

“I think what Evan Sigvaldsen captured so beautifully is the joy and magic of music-making and its intersection with people in everyday life,” added Thomas. “While composing, all I had to do was reflect on that feeling and wait for the right music to show itself. The spirit of ‘Imagine Symphony Live’ is the pure love of music.”

Hollywood has a special place for the composer. Having grown up in Pendleton, Oregon (where his father is director of the Pendleton Round-Up), he began his career in Los Angeles and currently splits his time between LA, where he has a music production company, and Bend. After earning a graduate degree in screen scoring from the University of Southern California, he began working in both film and TV, writing music for a number of motion pictures, including films starring A-list actors like Samuel L. Jackson and Arnold Schwarzenegger, and composing work for TV series like “Lost” and “House.” His compositions have entertained audiences from Carnegie Hall to the Sydney Opera House.

An instructor at COCC since 2018, Thomas teaches classes in subjects like music theory and the history of music in film. “I feel this primal urge to give young composers advantages I desperately needed when I was younger,” he shared. “There is no greater feeling than seeing your instruction launch a young musician in the right direction, especially when they know somebody believes in them.” He’s also the founder of two music-in-film education programs in the LA area.

“Chris’ music is eminently cinematic, tuneful and deliciously rich in colors and textures,” said Gesme. “His goal was to recognize the inspirational power generated by attending symphony concerts, with a special nod to children with their unbridled imaginations.” The film follows a young symphony fan — and the symphony itself — through a range of Central Oregon locales, from Sparks Lake to the basin of Broken Top.

“It has been a true blessing to have something for the Central Oregon Symphony to celebrate and share once again, especially during this time when options for live performing arts are excruciatingly limited,” added Gesme.

“I really owe this victory to everybody in the orchestra and at the Central Oregon Symphony Association,” said Thomas. “‘Imagine Symphony Live’ would not exist without them.” 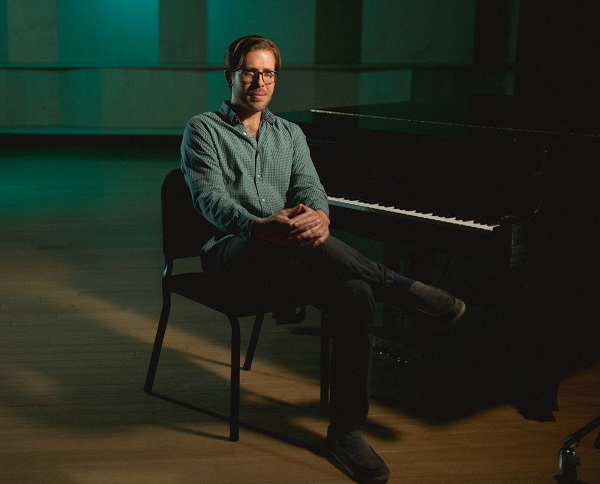