The British Cartographic Society, founded in 1963, is a leading global academic forum for mapmaking.

The work, titled "Cartographic Symbol Design Considerations for the Space-Time Cube," proposes a method of stacking a high volume of detailed data into a many-faceted, rotatable column that can be oriented on a map. "It has to do with how to visualize large datasets, such as 100 years of daily temperature data," said Kennelly, who earned his doctorate in geography at Oregon State University.

Kennelly and his colleague demonstrated the technique's merit by visually sharing, in a compressed 3D format, a century's worth of maximum temperatures from weather stations across the U.S. and a year's worth of New York City subway ridership information taken at four-hour intervals. They employed techniques used in topographical representation, such as applying hue and saturation based on specific attribute values.

"It's an example of how cartographic design can refine operations in the space-time cube," Kennelly added. The work was featured on the cover of the May 2019 issue of the "The Cartographic Journal."

Kennelly conducted the research while serving a professorship at Long Island University (LIU). Prior to joining COCC in 2019 as its GIS program director, he taught graduate and undergraduate coursework at LIU, served as a GIS manager with the Montana Bureau of Mines and Geology, and held the role of GIS project manager for David Evans and Associates, a Portland-based engineering firm. 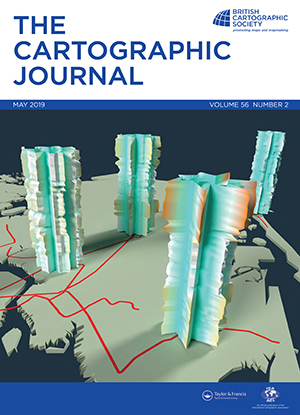