“We’re beyond excited to have this funding,” said Christy Walker, COCC’s director of diversity and inclusion. “It will greatly support the college’s commitment to building an inclusive and welcoming learning environment, one focused on equity for our students.”

The financial boost will enable the college to build on its successful first-generation programs, such as its college-prep and high school mentorship offerings for underserved populations. Key projects include college preparation and cultural classes at regional high schools and one-week summer symposiums at the Bend campus, where Latinx and Native American high school students can earn college credit and gain a feel for the college experience. The grant will allow two part-time positions to increase hours and help cover the costs of summer symposium participation for many students.

Notably, COCC data demonstrates that the programs have led to a 98% high school graduation rate for students participating in the programs, a rate that surpasses Oregon’s graduation rate for Latinx and Native American students. Approximately 76% of students in the high school college preparation programs go on to college, Walker said, with many choosing to attend COCC.

“Student success in these programs continues to grow and we believe that initiating an Afrocentric program will produce similar results,” she added. The funds will also create scholarship opportunities for current students who have attended COCC’s college-prep programs and future members of COCC’s first-generation programs.

“We’re extremely proud of our first-generation programs, and how students have made tremendous strides because of them,” said Laurie Chesley, president of COCC. “More than ever, these students will have our support, thanks to this crucial state assistance.”

For more information, contact Christy Walker, director of diversity and inclusion, at 541-383-7412 or cwalker2@cocc.edu. 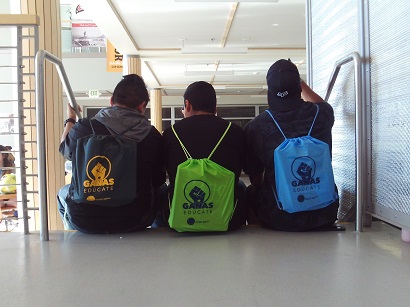