The college was recently chosen to receive the 2021 Diana Hacker Award in the “Fostering Student Success” category, an accolade established by the council’s Two-Year College English Association (TYCA) to recognize innovative programs at two-year colleges throughout the nation. An award ceremony will take place during the organization’s annual conference on April 7, held virtually this year.

In its award announcement letter, TYCA credited COCC “for the creative response to the challenges of educating two-year college students and for demonstrating professionalism in the commitment to educating diverse student populations.” A description of the placement program will appear in the organization’s national journal and on its website.

The “directed self-placement” approach marks a departure from the traditional single-test placement method. “Since 2016, our English department has streamlined placement testing and developmental writing courses so that new COCC students get to college-level writing courses quicker than ever before, leading to improved student achievement,” said Tony Russell, chair of humanities at COCC.

The placement process, which can be conducted online, includes multiple measurements, such as high school GPA, most recent writing coursework taken, grades received in specific courses and even attitudes about reading and writing. To date, approximately 83% of students are succeeding in a higher-placed writing course.

“The overall goal of the COCC placement redesign — in both writing and math — is to place students into the highest-level course in which they can succeed,” said Beth Wright, placement coordinator at COCC. “It addresses the non-cognitive attributes that students possess, attributes that cannot be identified by a single test score.” Wright added that the method is successful in accurately placing diverse student populations, from the high school student who is taking college courses, to the student who graduated high school 20 years ago, from GED recipients to home-schooled students.

Other benefits have arisen with the program as well. “In a two-year period, COCC students saved $87,000 in tuition and fees because they’re placed more accurately,” said Russell.

The National Council of Teachers of English is the nation’s oldest organization of pre-K through graduate school literacy educators. 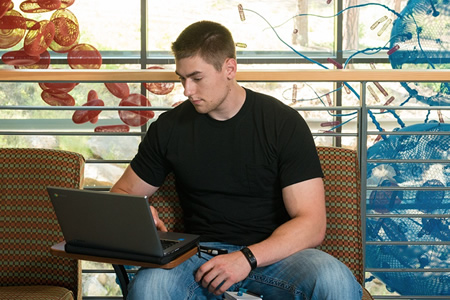