As Oregon looks to a long-term economic rebound in the era of COVID-19, a recently released statewide study reveals just how essential Central Oregon Community College (COCC) is to the regional economy.

EMSI found that the annual activities of COCC and its students support one out of every 35 jobs in Crook, Deschutes and Jefferson counties. Expressed in terms of number of jobs, that translates to 4,166 jobs per year in the three counties. COCC’s annual economic impact on Central Oregon, factoring in the full influence of employees, students, alumni and expenditures, added nearly $300 million in income in 2018-19 — some 2.5% of the total gross regional product, or more than the region’s entire transportation and warehousing industry combined.

The average associate degree graduate from COCC working in Oregon will see an increase in earnings of $8,000 each year compared to someone with only a high school diploma. An estimated 92% of students remain in Central Oregon after finishing their studies at COCC. EMSI estimated that the net impact of COCC’s former students currently employed in the regional workforce amounted to $219.4 million in added annual income.

Students and Central Oregon are not the only ones who benefit from COCC’s activities. The EMSI study noted that since education is statistically associated with a variety of lifestyle changes, COCC generates social improvements that reduce the demand for government-funded services in Oregon, saving the state’s taxpayers an estimated $4.2 million per year. COCC will also contribute an estimated $12.4 million of public and private sector savings to the state related to reduced crime, lower welfare and unemployment, and increased health and well-being across the state. For every dollar of public money invested in COCC, taxpayers will receive $2 in return over the course of students’ working lives.

COCC employed 530 full-time and part-time faculty and staff in 2018-19, with payroll amounting to $46.2 million. The college spent another $18.7 million on day-to-day expenses related to facilities, supplies and professional services. Overall, the report calculated that the net impact of the college’s operations spending has infused $57.4 million of income into the regional economy.

“Central Oregon Community College is an intrinsic part of our region, and this study confirms the many ways that we contribute to the well-being and economic vitality of our state,” said Dr. Laurie Chesley, COCC’s president. “The success of our students and the college’s activities in Central Oregon play a significant role in the strength of Oregon’s livelihood, particularly now as we strive to recover from the coronavirus. COCC is proud to be a generative source for higher education, workforce development and economic growth.”

Two years after the data was collected for EMSI’s study, COCC’s tuition and fees remain some of the lowest among Oregon community colleges. An in-district student taking a full course load (12 credits) will pay $1,509 per term in 2020-21 (COCC is on the quarter system).

“We’re one of the most affordable options for higher education in Oregon,” said Tyler Hayes, COCC’s director of admissions and records. “It’s very gratifying to see how far a student’s investment in their community college education will take them, and how the success of one COCC student will impact the lives and livelihoods of many other Central Oregonians.”

For more information, contact Jenn Kovitz, director of marketing and public relations, at jkovitz@cocc.edu or 206-227-9991. 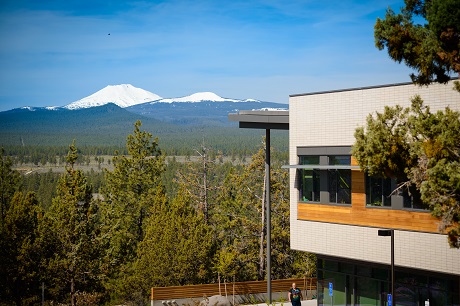