College files complaint in response to VA’s allegations of overpayment

In an effort to protect the rights of veteran aviation students, Central Oregon Community College (COCC) has filed a complaint in U.S. District Court for Oregon (in Eugene) against the Department of Veterans Affairs (VA) and related federal officials. The complaint alleges the VA inaccurately assessed COCC more than $3 million in what the VA claims are overpayments to veteran students in the college’s aviation program.

“COCC has a longstanding commitment to serving veteran students and their families,” said COCC President Dr. Laurie Chesley. “Our aviation program attracts between 150 and 200 veterans annually, graduating hundreds of students who now serve as pilots throughout the United States. We want to make sure veterans have continued access to the benefits they deserve.”

According to the complaint, the college’s staff has been trying to work with representatives from the VA for more than three years to resolve the concerns. COCC representatives have attempted to communicate with VA staff and requested meaningful review of the VA’s conclusions. In addition, they met with senior VA leadership staff in Washington, D.C., and sought assistance from members of the Oregon congressional delegation. The VA has ignored and evaded COCC’s requests to consider and correct the VA’s factual and legal errors. The complaint asks the District Court to order that the VA follow appropriate review procedures, which the VA has refused to do.

According to COCC officials, the VA’s errors fall into three general categories:

After repeated requests for in-person, on-site review with the VA, or an appeal process that could be used to correct the VA’s errors, COCC turned to the U.S. District Court as a last resort.

“In past years, our audits were done professionally and cooperatively and we were able to resolve concerns quickly — often before the VA auditors left the campus,” said Alicia Moore, COCC’s vice president of student affairs. “Unfortunately, following the most recent audit, the VA did not afford us this opportunity. They have been unresponsive to our questions and unwilling to explain their decisions. Going to court to file this complaint is our only option.”

COCC is asking the VA to clarify and apply the appropriate standards for college-based aviation programs, listen and respond to questions about existing findings, and provide consistency and clarity moving forward.

“We have enjoyed years of positive interactions with the VA,” said Karl Baldessari, aviation program director. “I always felt we were working together to serve veteran students. Frankly, we’re puzzled by their unresponsiveness and their seeming focus on programs in Oregon only.” The VA claims Oregon community college aviation programs, including COCC’s, have collectively overpaid students by $12 million between 2015 and 2017. Again, the VA has failed to support this claim.

“Programs such as ours in aviation provide veterans with the skills needed to move into the work force,” Chesley said. “Our main focus is to continue to support our veteran students who enroll in this program, giving them the skills they need to be successful as an airplane or helicopter pilot.

“We welcome collaboration with the VA,” Chesley said.

For more information, contact Ron Paradis, executive director of college relations, at 541-383-7599 or rparadis@cocc.edu, or Alicia Moore, vice president of student affairs, at 541-383-7244 or amoore@cocc.edu. 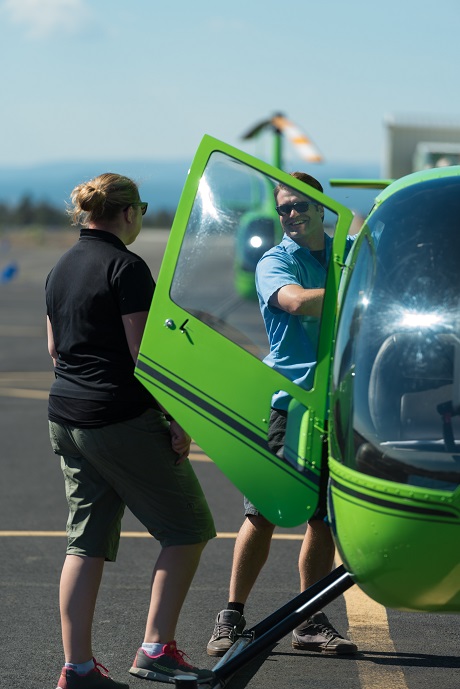