Perilous Journey: "No Option But North"

For migrants making their way through Mexico these days, there are certain realities of the journey that are simply shocking: kidnapping and sexual assault among them. According to Kelsey Freeman, author of the newly released “No Option But North: The Migrant World and the Perilous Path Across the Border,” they have to make the trip nonetheless.

“And that is emblematic of this web of violence that people face because they are literally accepting and preparing for the fact that they’ll experience life-altering trauma on the journey,” she said.

Freeman, COCC’s Native American College Prep coordinator since 2018, lived in Mexico on a nine-month Fulbright grant during 2016-17, conducting hundreds of interviews to compile her story. She taught English and worked at a migrant shelter in the city of Celaya.

For the Bowdoin graduate, who studied indigenous rights, hearing frightening realities became commonplace. She learned, for instance, that migrants are being kidnapped en masse by cartels and held for ransom in an emerging new “industry.”

“A lot of the time, here in the U.S., we don’t understand the impossible situations migrants find themselves in due to our policies and practices,” said Freeman. “So they’re making choices that aren’t really choices at all.”

Learn more about "No Option But North" in an interview with the author, conducted by COCC's Diversity and Inclusion office.​ 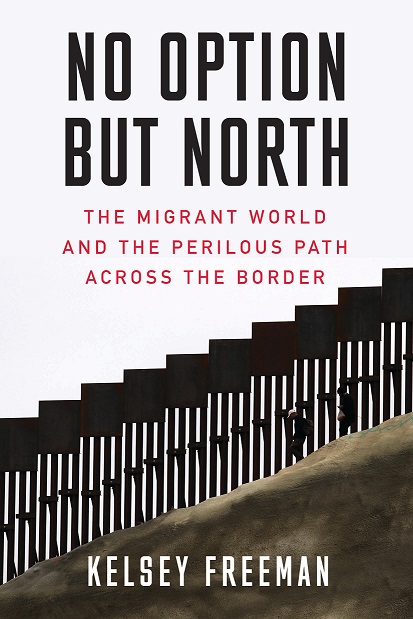