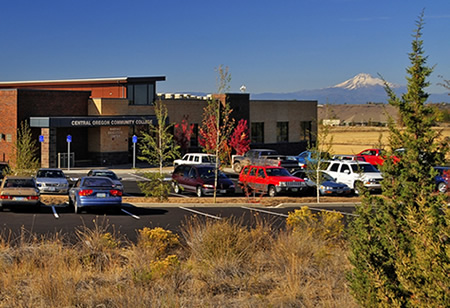 While the COCC campus in Bend will be celebrating its 50th anniversary this fall, Central Oregon residents and students are also actively taking classes in Redmond, Madras and Prineville and on line.

The Redmond Campus opened in 1997 and now serves more than 1,000 students taking credit classes each term, making it larger than three of Oregons community colleges. There were approximately 150 credit courses and 40 non-credit courses offered in Redmond this fall. Last year, new science and computer labs helped expand offerings. And this fall, the Redmond Technology Education Center will add even more vibrancy to the campus.

More information about the COCC campuses.
©