The Central Oregon Community College Foundation’s annual “Taste of the Town” and “Meal of the Year” fundraiser dinner events held in February raised more than $337,000 to support scholarships for local students. With the support of its contributors, the Foundation currently offers $1.6 million in scholarships to COCC students each year; for the 2018-19 academic year, 425 students received assistance.

With a tradition that began in 1978 (the first Meal of the Year gala), the Foundation holds the pair of dinners back-to-back over two nights—one a casual event with bite-size samplings from regional restaurants, the other a formal four-course dinner prepared by the college’s Cascade Culinary Institute—as its primary fundraisers.

Two former educators received a tribute at the Meal of the Year for their longstanding support of the Foundation. Retired COCC math professor Jack McCown and his wife, Barb, a retired Bend-La Pine School District teacher, helped put the evening’s spotlight on education. “Education made us who we are today,” said Jack McCown, “and we’re honored to help others in pursuit of their own educational goals and aspirations. We are thrilled the event this year again raised critical dollars for COCC students.” 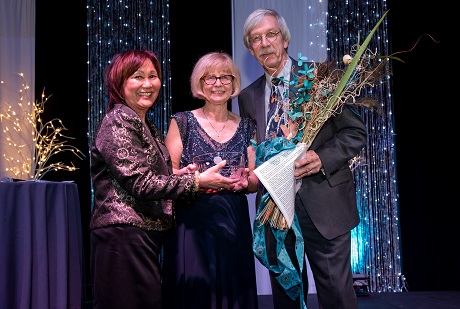