COCC is Home to a Growing Number of Hawaiian Bobcats 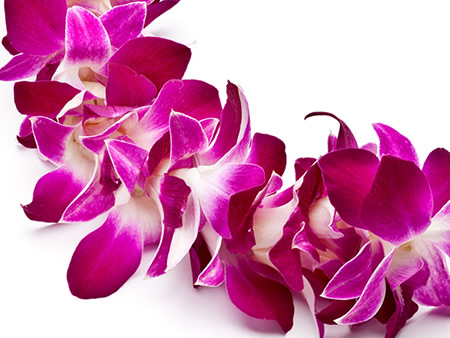 The High Desert is a long way from trade winds and turquoise waters. But that didn't faze Honolulu resident Kenzie Hernandez-Mckenzie, who says that when she went in search of a first-rate nursing program, she found that the one she wanted to pursue was just a bit removed from her home state.

"I also heard how cool Bend is," says Kenzie of her decision to attend COCC and she hasn't looked back. Currently working on her nursing prerequisites, Kenzie is relishing her time here, particularly her science classes and her new friendships. "I am so happy that I decided to attend COCC," she shares, "I love it so much!"

Curiously, she's not our only Hawaiian Bobcat. Of the 331 credit students currently enrolled who journeyed from beyond the state of Oregon to be here, most (210) are from the adjacent states of Idaho, Washington, California and Nevada. But five have made the haul from Hawaii. Which is significant not only for the distance covered, a five-hour flight, give or take, over a sizable sprawl of glinting Pacific to touch down at PDX but for the shift in culture and way of life. (It should also be noted that, for this past school year, some 88 students identified their ethnicity as either Native Hawaiian or Pacific Island. And, of course, our president, Dr. Shirley Metcalf, hails from the Hawaiian Islands.)

Mahealani Kurosawa, of Pearl City, Oahu, also took the leap. She says that she was researching community colleges that offered a residence hall option when she discovered COCC. It was a great fit for Mahealani, who is working on an exploratory degree and plans to make a career in graphic design or photography. "I really like the weather here," she says. "Its better than the hot." She does admit to missing her family and the food from the islands, but is embracing her adopted home.

Trading in a pineapple-dotted landscape for one characterized by pine cones is made a little easier by the fact that Bend has a growing Hawaiian vibe, where ukulele clubs, outrigger teams and shave-ice stands flavor the city, all of it back-dropped by a volcanic landscape where sun and water are active ingredients.

And while the students from Hawaii have brought a slice of their own warm culture to COCC, they've also felt the receptiveness here. Says Kenzie, "The people are so welcoming." That's our High Desert Aloha.