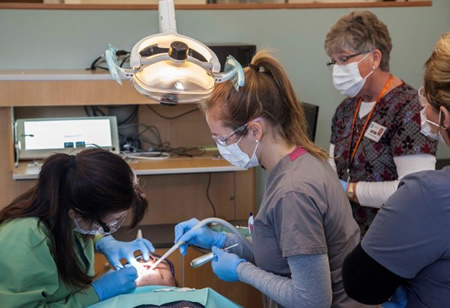 Central Oregon Community College (COCC) is a vital life-force to the health and growth of the Central Oregon community. Since 1949 (the oldest community college in Oregon), COCC has been impacting many aspects of the lives of Central Oregonians through contributions to the community, the economy, and ultimately, the quality of life.

COCC has campuses in Bend, Redmond, Madras and Prineville and served 17,904 credit and non-credit students in 2012-13. The COCC District encompasses all of Crook, Deschutes and Jefferson Counties, as well as the southern part of Wasco, and northern portions of Klamath and Lake Counties.

Benefit to Community
COCC is a pathway to life-long success for individuals who then impact the growth of Central Oregon businesses and other organizations, thus the economy. Every student touched by COCC, whether through degree or certificate programs or by Community Education classes (including community learning, professional development, customized training, business counseling and training through the Small Business Development Center or online courses), impacts the community.

Education is vital to a growing economy, said Roger Lee, executive director for Economic Development for Central Oregon. COCC's commitment to collaborating with area business to ensure Central Oregon has a knowledgeable workforce is outstanding. EDCO is proud to partner with COCC.

Some facts about COCC's impact:

Economy:
Research from Economic Modeling Systems International (EMSI), in September 2012, proves that COCC is an economic mainstay in Central Oregon. Reports from COCC show that during the recent Great Recession, the College helped keep construction jobs and contracts active, when many areas lost employment in the construction field.

According to the EMSI report: 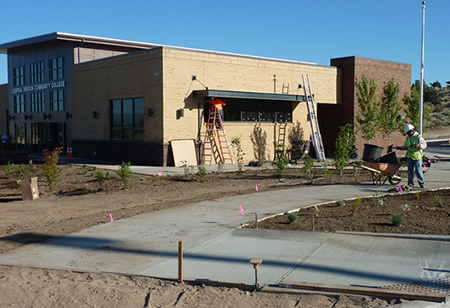 Quality of life:
Many people move to Central Oregon for the natural beauty and recreation, but find its the quality of life that keeps them here. At COCC students can learn a new language, learn something that is out of their comfort zone or take courses that help them keep up with ever-changing technology. Additionally, the many cultural events COCC offers, such as the Nancy R. Chandler Visiting Scholar program, and other events, broaden perspectives and stimulate conversations.

"We view COCC as a benefit for all residents in Central Oregon. We are a hub for social interaction by sharing ideas and different perspectives, which allows a better understanding of the world around us," said Matt McCoy, vice president for administration at COCC.

Students who attend COCC benefit from increased earning potential and improved lifestyles. Communities in Central Oregon benefit from enhanced job and educational opportunities, a highly-skilled work force, higher business revenues, plus a reduced tax burden. Activities at COCC encourage new business, help with expanding existing businesses, contribute to long term economic growth and inspire us to excel. All of these facets lead to a society where people receive less government assistance, are more socially engaged and participate more as leaders in the community.

"Education changes peoples lives, not only for themselves or their families, but for the collective good of the community," stated President Middleton.