With a mix of classroom and field activities, the seven-week program has been months in the making.

"The CPS Department has eagerly awaited this opportunity to connect with our campus community using an Academy format," said CPS interim director Jim Bennett. "The program is a great way for participants to see behind the scenes of our department, learn about personal safety both on and off campus and get to know the CPS staff in a fun and educational environment."

The Academy's participants meet once a week for two to three hours and cover topics related to security in a college setting. Subjects include defensive tactics, radio procedures, vehicle operations, emergency response, verbal judo, patrol procedures and search and seizure. The Academy also covers bomb threats, reporting an emergency, campus safety, crime prevention and medical emergencies. The Academy concludes with a "Scenario Night," allowing participants to use the skills they have learned in a simulated emergency.

The Academy has been well received by its first 18 participants. "This class is a great opportunity for our colleagues to get to know what CPS does. Thank you for offering this. Kudos to your whole CPS team," said one attendee.

Officer Don Doughty has coordinated the Academy, with additional instruction coming from members of the CPS Department. "This class has been a great all-around opportunity for everyone," stated Officer Doughty. "We are learning about each other, and having some laughs along the way. We've also covered some more serious, and even difficult topics, and have challenged the comfort zones of our class members just a bit, building confidence as we go. I'm truly looking forward to the next few sessions, and then doing it all over again."

Plans are in the works for another Academy on the Bend campus this summer and a third Academy in Redmond in the fall. "There has been enough interest that we hope to offer the event twice per year, on a continual basis," said Doughty. 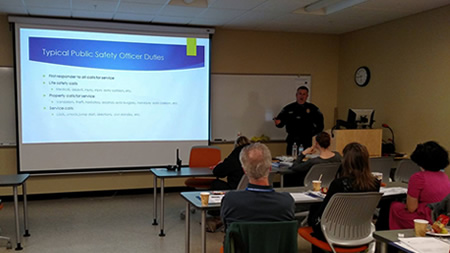 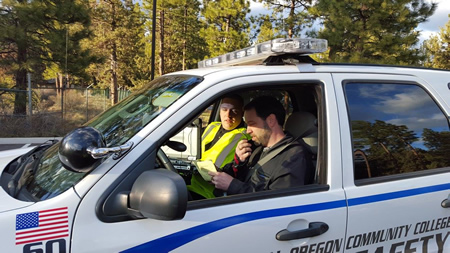