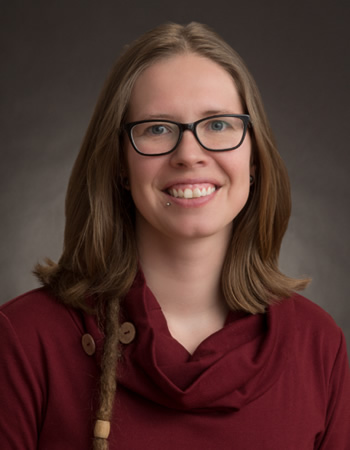 Seeking out new challenges is the key to a contented life for Sarah Wiggers. An insatiable learner and world traveler, Wiggers had already completed three associate degrees and a certificate in under a decade—spending a diverse mini-career in the restaurant industry—before she felt drawn to Addiction Studies and Human Services. Being around substance abuse in the workplace, and witnessing substance abuse that struck a little closer to home, caused her to reset her path. She wanted to make a difference, to help people "find their voices again."

After finishing her Addiction Studies degree in 2018, and completing the final credits for her Associate of Arts Oregon Transfer (AAOT) degree, Wiggers plans to build on those collective accomplishments by earning her bachelor's degree in social work at Portland State University followed by an advanced degree. "My ultimate goal," she shares, "is to work as a corrections social worker."

Originally from Michigan, Wiggers has called Bend (and temporary waypoints in Europe, South America and the Virgin Islands) home for the past ten years. She was chosen as one of two students to represent COCC on the 2018 All-Oregon Academic Team. In addition to receiving honors from Phi Theta Kappa, Wiggers completed her general studies degree at COCC with Highest Honors recognition, and has received a Certificate of Academic Excellence.

"I've been given the opportunity to work with some accomplished professionals whom I have the utmost respect for, such as Monica Vines and Bre Montoya," she says of her COCC studies. "Their mentorship has assisted my personal development and growth."