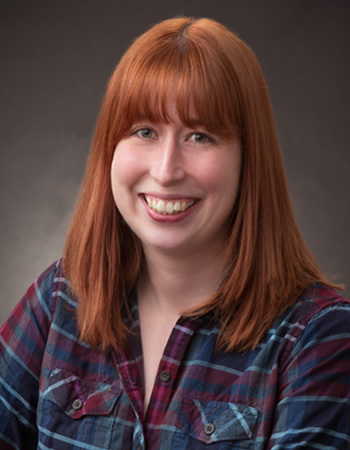 Melissa McAlexander took a roundabout route into the world of engineering. After graduating from Le Cordon Bleu with a culinary degree, she landed a position as a baker at Deschutes Brewery and harbored a dream of one day opening a bakery that would cater to humans and dogs alike. But she wasn't too far into her career when she received this crushing news: baker's flour, the essence of her industry, was giving her asthma.

The Eugene native methodically researched her next step and realized that the same skillsets she relied on in the kitchen—a flair for creativity, a sense of measured orderliness—could serve her well in engineering. "I've always loved math and science," she says. "And engineering's a great line of work that allows you to explore a variety of avenues while still having a main focus."

Graduating from COCC in June of 2018, McAlexander will attend Oregon State University's College of Engineering with the aim of becoming a civil engineer. A recipient of the Ray Haertel Memorial Scholarship in mathematics, McAlexander has kept a 4.0 grade point average at COCC and was selected as one of two students to represent the college on the 2018 All-Oregon Academic Team.

And her dream of involving dogs in her livelihood (a priority to this owner of five dogs) is back on track: she's tinkering with ways to better engineer pet products, like travel crates, that would be safer in the event of a car accident.

"I couldn't have done this without COCC," she says. "The classes here are set up for a better learning environment—it feels like a community."