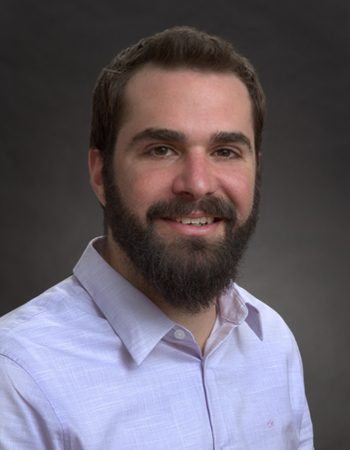 Erik Kersenbrock crisscrossed some challenging terrain before landing at COCC. Determined to seek out adventure after high school, the Kansas native backpacked the entire Appalachian Trail, hitchhiked through sprawling sections of the U.S. and immersed himself in wilderness living and primitive skills for a time.

It was those aspects of curiosity and discovery that later coalesced into engineering studies at COCC. "I can't say that I ‘chose' the field of engineering," he explains. "I have always been curious about how things worked. I look at a process and wonder how it can be more efficient."

While at COCC, Kersenbrock has kept a 4.0 grade point average and made the dean's list every term. He's one of 52 students in the nation — representing all of Oregon — to receive a 2020 New Century Transfer Pathway Scholar prize, a transfer student honor co-sponsored by the American Association of Community Colleges. And he was one of four students selected to represent COCC on the 2020 All-Oregon Academic Team.

Kersenbrock is continuing his studies at Stanford University in electrical and computer engineering with a minor in computer science. "My primary goal is to help solve some of the bigger problems that our society faces in the way of resource management, power and energy, or waste," he says.

Looking back, he remembers being impressed with the responsiveness of COCC's staff in phone calls when he was first researching colleges. That early impression has endured. "I have never felt a sense of community like I have found at COCC," he shares. "I have received continuous support from staff."