The Redmond Community Choir provides an opportunity for singers of all levels to participate in a fun choral experience. This non-auditioned ensemble will learn and perform a wide variety of musical styles and genres ranging from classical to contemporary, and sacred to secular choral works. The course will culminate with a concert performance at the end of the term.

Choir happenings: Surprises at the first practice - Article by Pam Lezar in the Redmond Spokesman on 11/10/19 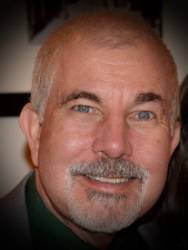 Ken is a lifelong musician with a passion for supporting the performing arts, and believes that a vibrant music culture is vital to the quality of life in a community. After living in upstate and northern New York most of his life, he and his wife moved to Redmond in 2018 to be close to their son and daughter-in-law.

Ken has performed professionally as a jazz pianist since 1972, in both solo and ensemble settings ranging from jazz trios to big bands. He has sung in several choral groups including chamber and symphonic choirs, and has directed choirs ranging from elementary children to adults. Most recently, he was music and choir director at his Catholic church in Watertown, NY. He graduated from Syracuse University with a Master of Science in Music Education.

Although his passion has always been music, Ken had a successful career as a CERTIFIED FINANCIAL PLANNER™, and ran a ﬁnancial advisory practice for 31 years. He has a history of involvement in giving back to his community, and served on several boards and non-proﬁt organizations before moving to Redmond. He currently serves on the board of the Redmond Community Concert Association and the Redmond Bicycle and Pedestrian Advisory Committee.

When not making music, Ken and his wife Jude are enjoying the many outdoor activities that Central Oregon oﬀers, including cycling, cross country skiing and snow shoeing, kayaking, and hiking. They have two grown sons, and have recently become grandparents.