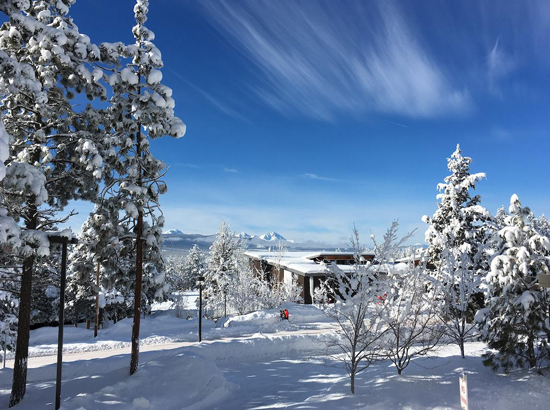 They say no two snowflakes are alike. In a lab, researchers have been able to replicate "stellar dendrites"—the name for those classic, six-pronged flakes. But nature-born stellar dendrites, on their journey down through the atmosphere, are all affected by atmospheric conditions just a little differently. The final "product" varies for each one. In fact, one scientific team came up with a figure for potential shapes that boggles the brain: 10 raised to the 10 raised to the 13 power; or, a one trailed by ten trillion zeroes. They concluded no flake could be another's twin. It all starts when snow crystals (which comprise snow flakes) develop from water vapor molecules condensing on the surface of something as miniscule as a dust particle (not to be confused with water that freezes in the atmosphere, known as sleet). And, after an epic freefall descent, each one is its own individual self. It's kind of a reassuring thought.